I have ridden on two group rides in Albany, GA since I started bike riding on April 12, 2011.

On the first ride last Saturday April 23, I rode from Albany to Dawson which is 54 miles round trip.  I started the ride at 8 AM with five other riders and kept the 18-20 MPH pace with them for about 10 miles before I was dropped.  I happily continued at my pace 17 miles to Dawson took a short break and stocked up with refreshments and rode the 27 miles back home.

My second group ride was this evening.  I started out with 6 members of the Heritage Bank racing team.  I kept pace with them for about 5 miles before I was dropped when I could not keep the 23 MPH pace.  I happily rode a 23 mile loop back to my home riding in my aero bars into some mild head winds.  I accidentally rode through the chemical spray from a tractor being applied to the pecan trees that I was riding through.

You may wonder why I am going through this sort of training.  Most folks who cycle do not like getting dropped.  For me it is a part of my training.  I know that I will build up my strength eventually and I will gradually be able to ride faster and farther.  It is hard training by yourself and I always find it difficult to find people my age who want to ride the way I do.  During this phase of my cycling training I am using a method that I learned when I was training for the Nike 10K race.  I had a RunTex running coach tell me to do a 2 mile sprint.  He said to run full blast and when I finished I would have to have nothing left.  He said do not worry about saving your energy during the first mile, but be aware that you will only be running two miles so let it all out.

I am using this method for my rides with these fast pace cyclist here in Albany.  I know that I am 40 pounds too heavy and I do not have the strength to ride for hours like I use to at 20 MPH.  I figure that I will sprint for as fast and as far as I can with the group then I will ride at my pace the remainder of the ride.  My running coach told me that it is how you run when you are tired that makes you stronger and a better runner.  I use to ride like this in Oregon but I did not have a real focus on why I did it.  Now I ride hard until I am exhausted and then I keep riding.  It is like I get my body to feel like mile 75 of a 100 mile ride in just 10 to 15 miles and then I keep pushing on.

So this is why I decided to nick name myself Mr. Drop.  I do not mind seeing the pack fade way up the road as I crank my iron bike as fast as I can.  I know that this is the image that I need in my training that will motivate me to keep riding so I can get faster and stronger and drop the weight.  I use to catch folks on my bike 5 years ago that were 1/2 a mile in front of me, now I am the slug getting dropped.

Believe it or not.. Back in the late 60s and early 70s when skate boards were being invented by crazy fools I was an early adapter.  I made a custom board in wood shop, went to the skate shop and bought two custom trucks (rabbit feet I think).  I lived in the La Jolla ghetto at the time.  Well there was this street called Nautilus Street and I remember biking up to La Jolla Scenic Drive and ride 2 miles dropping from about 600 feet to sea level.  We would do this at night before trash day.  This was old school short board downhill, we had no helmets, no pads and no hay bales on turns.  In fact sometimes during the run we would stand up when we saw trash cans and kick them over to add obstacles for the dudes behind us.  Most of the time I would stay in a crouched position with my elbows between my knees with just enough flex in my ankles to steer around road debris.

The real excitement came when the asphalt ended at the start of the old part of Nautilus and you hit concrete pavement with oil bumps.  By then you were really rolling fast.  You had a long straight shot to the coast so you came out of your tucked stance did bunny hops over the larger oil bumps.  The only real death situation came when you approached the only stop sign on the run. You could only hope you would luck out and there would be no cars at the busy intersection of La Jolla Blvd.  If there were cars you did the tuck and roll and bailed or you got slammed by a large piece of metal.  After flying across La Jolla Blvd, it was a slow coast to the Wind n Sea Beach.

Those were the daze!

It took over 14 months of living in Georgia before taking a spin on my Serotta Rapid Tour bike.  That is better than the five years it took me to ride a bike when I moved from California to Oregon.  I bent the fron lug on my fork back in austin when we were moving to Albany.  I put my bike on top of my truck in a bike rack and did not put the tire patrially in the windshield to remind me taht a bike was on the rook rack.  I started to drive through a What-A-Burger and my bike hit the warning bar.  I stopped my truck and looked at my bike in horror as I saw the bent fork.

Well today I got enough nerve to take it to a bike shop and see how much it would cost to fix it.  The mechanic told me that my ancient 1997 custom Serotta was obsolete and no one made bike frames in inches anymore. So here was the dare.  Since my bike frame was steel he said to bend it back into shape myself.

So after work I grabbed my portable vice and bent the fork lug back into position.  I was so eager to ride it that I searched for my shoes and without a helmet, gloves, or riding shorts I got on it and rode around my new neighborhood for about 30 minutes.  It worked, I had fixe my bike with cave man technology, brute force and tools from Harbor Freight.

After doing a basic CentOS 5.5 KDE install the first application that

ssh -X finally got CentOS on my Mac

Well sometimes the third or fourth time you try something is a charm. I finally got my CentOS desktop to display on my Mac over SSH.  I used this link to make it simple for me.

The key missing link is that I finally got that my local machine is the X server and that the remote machine is the client.  Now I can sit outside or anywhere and manage my server using SSH command line or use the KDE Desktop.  All I have to remember is that when the X11 icon shows up on my Mac after I connect to the remote server is to issue the command startkde to get my desktop. 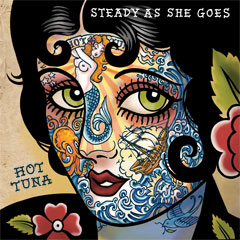 Steady as she goes

Inside of the case

Moved into the new house.  My Linux Fedora server did not like the move.  I have never lost a server or data before, but it happens to us all eventually. I must qualify my server crash with this explanation.  I have never lost production data on a server and this server was sort of an experiment since I was using it to test Fedora Core 14.  Never the less it was an unexpected server crash.

I have forced Linux to work with software RAID on the past two ASUS main boards that I have used in this case.  I have always said that someday I would purchase a hardware RAID card, but could never seem to afford to purchase one.  Well this time I decided to bite the bullet and buy a mid range SATA RAID card that will do RAID6.

In the process of looking for parts to rebuild my hard disk system I also discovered that WalMart is expanding it’s supply chain to include high end computer parts.  Normally I use to go to a Fry’s and buy my computer parts, but now that I am here in Albany, GA I find that I am doing more shopping online.  It was a surprise to me to see that the RAID controller that I wanted to buy was available from WalMart with free shipping to the store near me.  I am installing the Intel SRCSATAWB into my computer case.  I am still going to keep main board number three purchased in 2007 for another upgrade.

I also opted to upgrade the memory and bought 4GB additional memory so the total system is now at 8. When I bought the first 4GB about 4 years ago it coast me about $200, this time the memory cost $59. This is why I decided to keep the P5K Deluxe/WiFi-AP main board and spend the money on a $350 RAID controller. I can move the RAID controller to my next main board so it is an investment that will last.

I also purchased 4 one terabyte drives for $59 each. In 2007 I purchased 160GB drives for about $80 each. My original 160GB drives are no longer in my system. Over the years when a drive failed in my RAID 5 disk array I would send it back to Seagate for a replacement. The replacement drives cam back at a larger size than the original. When I had 4 drives that were 400 GB on a RAID5 seeing them as 160GB, I rebuild the array. My array that crashed had 5 500 GB drives. My current array uses two of these droves mirrored in RAID1 and the RAID 5 has the 4 one terabyte drives. I’ll keep the extra drives as spares for my operating system RAID 1 array or I will use them as storage on another computer.

My RAID controller has eight ports and I am using 6 of them. I need two more power connectors for my power supply to add more disks. If I order the power leads I’ll add another RAID1 array to the server and use it for disk logging for my database.

Seagate one terabyte drive at 7200 RPM

I am going to go back to using Centos 5.6 as an operating system. I am getting close to breaking down and paying for RedHat 6. I used RedHat when I first started using Linux way back in the early 1990s. I hear that CentOS is being exploited by big companies and that they are not supporting the CentOS community. RedHat is also going to stop CentOS from getting access to their software inovations. Since I want to have a stable server and I use RedHat at work I am considering having RedHat on my personal server so that I can continus my education on using Linux and stay with the same version at home as I do at work.

Right now I am stalling until my download of CentOS 5.6 complets so that I can install it on the server. Yeah, looks like it is finished.  Next post will be from the server I hope.