Skip to content
I am documenting the progress and evolution of my development server Zaramyth.com 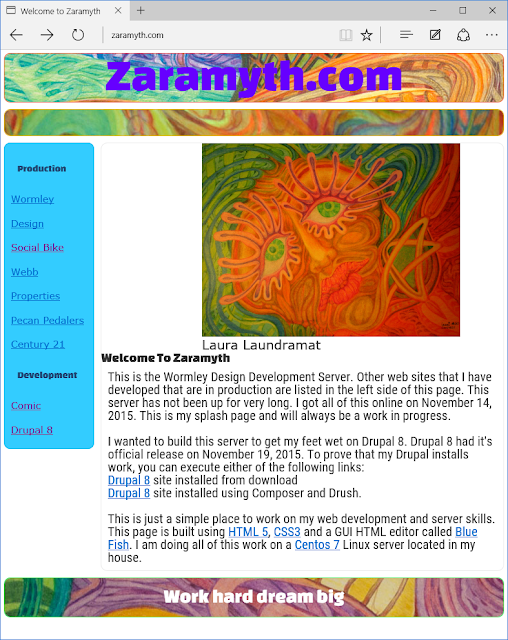 I have not run a server from my house in a long time. The last time I had a Linux server running in my house was when I first moved to Albany back in 2010.  That server came with me from Oregon to Texas in 2003.  That server died of hard drive failure when I moved into this house in 2012.  I finally pitched it into the dumpster a few months ago.
Last weekend I stood up another Linux server based on a small desktop computer.  Way back in the early 1990’s I cut my teeth on Linux using a HP Vectra that the company that I worked for at the time was throwing out.  I had just gotten a DSL connection in my home and a co-worker had convinced to install Linux and learn how to use it.  I eventually built a home network and firewall on the server and kept it up for one year without any downtime or rebooting.
Now I am doing it all over again.  My quest to keep exploring web technologies goes hand in hand with my taking a break from riding my bike everyday to work.  Somehow in the future I will manage to have time in my waking hours for both.
Basic installs of Drupal 8. 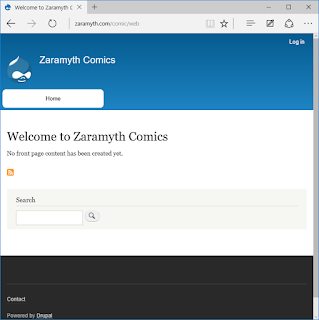 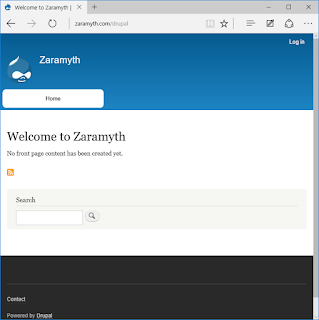 The site will not always look pretty.  The server may break as I try out different stuff. I will document my progress here in my blog.

View all posts by Lonnie →